I READ: The Queen of Patpong by Timothy Hallinan

“Those who clump thrillers and mysteries into a lower-echelon genre are generalizing from the worst of the books. If ‘serious novels’ were evaluated the same way, the genre would look like junk—and obviously that would be unfair. The thriller/mystery form is a time-honored structure that stretches characters thin enough to make them transparent, one of the primary purposes of fiction. Oedipus Rex and Hamlet are murder mysteries. Macbeth is a thriller. I don’t want to hear about ‘genres.’ I want to hear about ‘books.'” — Timothy Hallinan, on genre

The Queen of Patpong is book #5 in an amazing series based in Thailand, primarily Bangkok. Queen was nominated for an Edgar (should’ve won) and anchors the Poke Rafferty books in an incredible way.

I began reading this series with the first book, A Nail Through the Heart. The strength of the stories lies in how delicate they are. A tapestry that is both powerful and vulnerable, and expands with each book.

This is Rose’s book, a beautiful woman with a tragic past. She and Poke (a travel writer from America) have finally married and it seems like their adopted daughter, Miaow, a former street child, is finally settling into the new family.

Tim writes the little girl with unbelievable skill, and invokes in Rose a dignity that should have been shattered during her time as a Patpong dancer. If you read Memoirs of a Geisha by Arthur Golden and were blown away by his ability to channel women, you will be doubly blown away by Timothy Hallinan’s portrayals.

Warning: Don’t start chapter 19 just before you go to bed. Because you won’t.

Not Thailand. Or the Philippines. Or Russia.

Rich or poor, black or white, girls disappear across this country every day, pulled into the nightmarish world of prostitution and drugs.

Mex Anderson is back, tasked with finding three missing girls before it’s too late. Three girls. Three girls who could live in your town, your neighborhood, or your own home.

Jayla is fifteen. A smart kid from a poor part of town who has to fend for herself. She’s headed for college and a better life than her mother had.

Alexis is seventeen. Money has provided everything she could ever want except functional parents. Alexis has the world by the tail and she knows it.

Livvy is twelve. She’s a middle child who dreams of being a veterinarian when she grows up. But right now she just wants someone to notice her, maybe even to love her.

Caught up in a cruel system fueled by lust and money, all three young women must find the courage within themselves to survive. And Mex must come to terms with his own loss and face his demons head on—or he might not have the strength to save them. 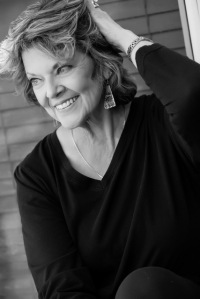